Saigon Cafe has a new awesome looking location on the corner or Elmwood and Utica in the former Mode bar. But how did it stack up?

I was really looking forward to trying out the new Saigon Cafe location at the old Mode bar on Elmwood. Really, I was very positive going into this. And so brace yourself, Vegetarian Buffalo readers, because this might be the most annoyed review I’ve ever given–maybe tying with Acropolis OPA.

Once you get through this review, and it is a long review, you’ll see why it at least made it on Vegetarian Buffalo. So perhaps don’t write it off on my behalf, but I’m also not suggesting you rush in to try it any time soon. Proceed….

The interior is great and the moment I walked in the bar tenders hollered out a greeting. The hostess found a table for two and sat us by the window. It was the first of February and snowy outside, so I get that it’s going to be cold, but it was REALLY freakin’ cold by that window. So much that just about everyone who wasn’t wearing an actual pull over sweater kept their coats on. The reason we were here was because I was really in the mood for Pad Thai and I’ve been wanting to branch out to other Asian places, but as I looked over the menu, Pad Thai or Pud Thai was no where to be seen. Even though the one thing that brought me here wasn’t on the menu, the Hu Tieu Xao was really catching my eye. The menu has a few vegetarian and vegan appetizer options and the entrees are made with your choice of tofu or seafood, as well as other meats. There is even a very good helping of Gluten Free options notated on the menu, so Saigon Cafe definitely panders to alternative eaters in the Nickel City.

Our server finally came over and took our order. We each ordered a different glass of wine, calamari, and since I didn’t see Pad Thai on the menu, I said we wanted to split the Hu Tieu Xao with chicken (I’m fine just picking around it, but for vegans and stricter vegetarians than I, it can come with tofu). Our server then looked at me with a panic stricken expression like she had to diffuse a bomb and I kept changing my mind as to whether she should cut the blue wire or the red wire. So then I preemptively asked: “How big are the entrees?”

She hummed and hawwed for an unnecessarily long time before answering, “I mean, they’re an average entree size.” Ok, we’re in America, so I automatically can expect it to be twice the size it needs to be, “I suppose it depends on how hungry you are.” At this point, I have well recognized that she’s just trying to ‘up’ her sale and she’s not doing it well. So I might have become a little irritated when I waved her mumbling answer away and asked “Do you have Pad Thai?”

“Yes! We do.” She said with a pleased smile.

“I’ll take that with vegetables only.”

“No, just vegetables please.” I handed over the menus, somewhat annoyed that 2 glasses of wine, the second most expensive appetizer, and an $11 entree still caused her to get greedy. I know your game, woman, don’t patronize me.

The server came back to deliver our wine, and instead of telling us which wine was which, she placed them in front of us and asked my husband to clarify which protein he wanted. It was still chicken.

Then we got our Crispy Calamari, which was fine. We both enjoyed it, my husband going for the rings, and I snatched the tentacles with my chopsticks and dipped the slightly chewy yet still slightly tender morsels in a delicious thai tamarind sauce. If you’re going to eat meat, I believe you should know what you’re eating. I feel we forget that with processed foods and packaged butchered meat. I know exactly what I’m eating when I have calamari: squid tentacles. Suckers and all. Can’t handle that imagery? Then why eat meat? The prosecution rests. A while later we got our entrees. My husband’s Hu Tieu Xao looked amazing. The noodles looked perfect, the egg was scrambled just right, his veggies were gorgeous and the sweet Nuoc Mam sauce was even pooling mouthwateringly in the bottom his plate. My Pad Thai was certainly on the dry side and portions of noodle, egg, and veggies had burn-scores on them which made a few bites bitter. I ate maybe half and eyed his Hu Tieu Xao. “Yours was better.” I told him as he also left half his entree untouched. And it would have been plenty for both of us.

During this entire time, I’d been watching the other servers as well as our own. Our server acted much the same at other tables as she did at ours. She was very much indecisive, and took a long time to get from table to table. I even heard another table ask about Pad Thai and she at least explained to them “Yes, we have it! The menus didn’t print out right so it got cut off.” Really? Pad Thai got cut off and Saigon Cafe went with the menus anyways?

The other servers, on the other hand, were very attentive to their tables, offering advice, making certain their customers meals where OK, and refilling drinks. It really felt like we just got the odd server out.

When she finally came to check on us again, 47 minutes later, we asked for our check and a box. She took the plates from us and I requested they just be combined in one container. Her expression was one where she had the heart for suspension of disbelief, but to make such a preposterous request a reality was near scandalous. Once we got that and the check several minutes later, my husband and I combined cash so we wouldn’t have to wait for her to return our card (we saw how long the table next to us had to wait). We left her a 15% tip and I don’t feel the least bit bad about it. Had she not stuttered and prolonged our ordering into getting another entree and actually gotten our food and bill to us in maybe 35 minutes time, I have no doubt we would have tipped her more than what we left her for the bigger check. It was just bad luck we didn’t get one of the other servers who smilingly wished us a good evening as we passed them on our way out…and the hostesses…and the bartenders. Basically, every other staff member in that place was great except the person who was supposed to ensure we have a great experience.

So the new location of Saigon Cafe? Ideal. The interior? Super trendy. The staff? Really friendly and smiling, which I totally love! There is at least 1 server you need to watch out for though, but as I don’t want to just slander her publicly, I’ll let you figure out which one that is on your own. The food? Hit and miss. Some of it was really good, and some of it might have been good if it hadn’t been left in the wok unattended for a little too long.

So again, don’t just take my word for it. This one experience seemed to have the cards half stacked against me, but it looks like there’s room for a really enjoyable experience. I say give it a shot, see if it’s your thing, and if it is, fantastic! Hopefully I can come back and update this review with a more positive experience myself…but who knows when that will be? 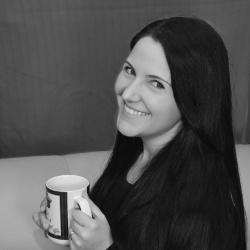 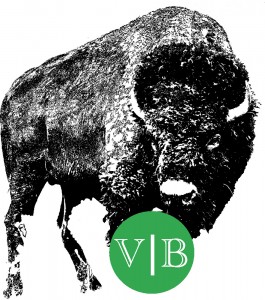